If Natasha Romanoff were real she definitely wouldn't want you reading these, for she is one of the most mysterious characters. Whether you look at comic books, television shows, or the Marvel Cinematic Universe, you won’t find much concrete information about Black Widow since her inception. Isn’t that what makes her so fascinating in the first place?

Played perfectly by Scarlett Johansson since the onset of the MCU, the only things most fans can say for sure about Black Widow is that she’s Russian, she’s one of the good peeps, and she’s got red in her ledger.

However, we do think you deserve to know more. Here are 5 lesser known facts about the bold & beautiful character:

1. There was another Balck Widow before Natasha

This Black Widow – the original Black Widow – confusingly had another secret identity; Claire Voyant. Since this was the early '40s and the comic book form was still figuring itself out, Claire Voyant wasn’t meant to be taken as a joke, but was rather a very serious character that actually had a willingness to murder and, not unlike Natasha, do things that no one else would do. Despite the cool name (not really) and the cool suit (not so much), the original Black Widow faded away and made room for the real Black Widow, the one called Natasha Romanoff, but also not called that at all, because of the next point…

2. Her real name was Natalia Romanova

Like any good spy Black Widow has alternate identities and a hidden past, but the one thing that’s clear from Black Widow’s comic origin is that she was born Natalia Romanova in the Soviet Union. Perhaps westernizing her name when she came to America, perhaps concealing it just enough to keep her past hidden, somewhere along the way Natalia Romanova became Natasha Romanoff, and that’s who we meet in Iron Man 2 when Black Widow enters the MCU.

File this one under “not in the Marvel Cinematic Universe, yet” but Black Widow is very much a traditional superhero in the sense that she’s biologically advanced and not your average human. Having been given a serum very similar to Steve Rogers’ Super Soldier Serum during her time in the Black Widow Program, Natasha Romanoff is actually resistant to aging and disease, and she has the same super-human strength and agility that Captain America has. That explains why she’s got to keep her 1928 birth date this long.

Emily Blunt as Black Widow isn’t just another one of endless “nearly happened” superhero casting stories. This one actually did happen, as Blunt had officially signed onto the role and was ready to film her first MCU appearance for Iron Man 2. Unfortunately for her, but good news for Scarlett Johansson and everyone that’s a fan of her performance, Blunt had to drop out at the last minute after scheduling conflicts with the film Gulliver’s Travels interfered.

5. She got her name from the Black Widow Program

If Black Widow was trained within the USSR’s secret Black Widow Program with a bunch of other killer female sleeper agents, then it makes you wonder why her superhero name is “Black Widow.” Was everyone that came out of the Program called Black Widow? Was it just Black Widow that got to be called Black Widow? This is confusing and thankfully not addressed in the MCU; instead we’re just left to assume that she’s called Black Widow because she wears black, her hair is red, she’s flexible, and she can kill you if she really wants.

In the Romanoff version, Black Widow made her official debut in Tales of Suspense #52 featuring Iron Man, in the year 1964. Keeping the comic book realistic, she also made her appearance in MCU’s Iron Man property.

Prior to what Marvel Studios is today, they were struggling to an extent that they sold rights of Black Widow to Lionsgate, who planned on making the film. They even had the X-men script-writer David Hayter on-board. However, after female-led action movies failed at the box office, Lionsgate pulled the plug.

We all know how this fierce woman can easily tackle the opponents single-handedly, but when it comes to being a team player, she is all up for it. Black Widow has been a part of (and even led) numerous groups in the comics, from well known teams like The Avengers and S.H.I.E.L.D to lesser known names like Heroes for Hire, Lady Liberators, and Secret Avengers.

Which of these facts were you most shocked to learn about Black Widow? Do you know anything about the mysterious S.H.I.E.L.D agent that we don’t? Put some red in your ledger, or at least keystrokes in the comments section, and let us know! 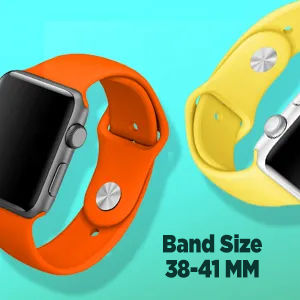 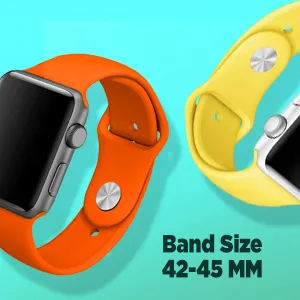